Would panic prevail? That was the question gripping the world in the days surrounding the fall of Lehman Brothers on Sept. 15, 2008. One year after that terrifying Monday, the people who struggled to cope with the financial crisis share what they were thinking as chaos broke out. 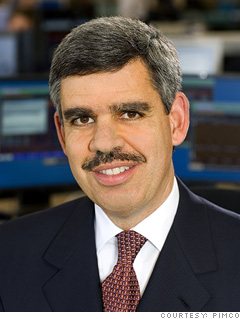 On the Wednesday and Thursday after Lehman filed for Chapter 11, I asked my wife to please go to the ATM and take as much cash as she could. When she asked why, I said it was because I didn't know whether there was a chance that banks might not open. I remember my wife sort of pausing and saying, "Are you serious?" And I said, "Yes, I am." We had long felt that the world was increasingly in disequilibrium, and by March of 2008 we decided that things were critical and that the unthinkable was thinkable. We went so far as to cancel everybody's holidays for the year, and as the Lehman weekend approached, it was all hands on deck.

The actual weekend that Lehman filed, the investment committee worked every day round the clock. I remember boxes and boxes of doughnuts and pizza all over the conference table because we were always there, going through the different possible outcomes.

The firm had been preparing for catastrophe for a long time, but even so, there was a sense of apprehension because things were accelerating very, very quickly.