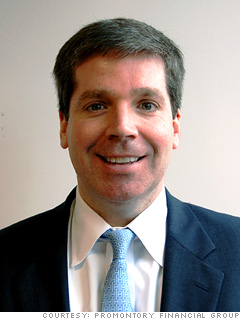 Former assistant secretary for financial institutions for the U.S. Treasury

Everybody was there all hours of the night. I can recall conference calls with 20 people on them at three in the morning.

Right around the Columbus Day weekend was when we announced we were going to first deploy some TARP money. The weekend going into that was probably the most memorable for me. Everyone of prominence in the regulatory community -- from Paulson to Geithner to Bernanke to Sheila Bair to John Dugan -- and all of their key people were huddled in an office across from Hank's personal office, all in casual clothes on a Sunday.

At that meeting, we decided that we were going to slap a U.S. full-faith and credit guarantee on basically all liabilities in the banking system. In that moment you're turning Citigroup debt into U.S. Treasury debt. It was incredibly powerful and scary.

I worked on the money market mutual fund guarantee and the equity investment to the banks. The second one was really a sea change. We were investing U.S. taxpayers' dollars into private companies -- hundreds of billions of dollars...

Just setting it up was harder than you can imagine. The dollar amounts are huge and the stakes are high and the political pressure is off the charts. Yet you're still sitting in your office alone. You're just praying you don't make a mistake that gets put on the front page of the paper.