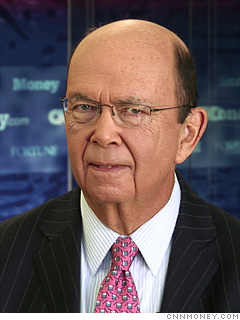 To me, that weekend signaled a terrible collapse in real estate. I was with clients in Singapore and on my way to talk to clients in Tokyo. As you can imagine, the last thing they were interested in were the investment products I came to talk about.

The main thing they were interested in was, what does this mean? ... The only guess I could make at 8 a.m. in Singapore was that somebody -- maybe Treasury, the Federal Reserve, or the president -- made the decision that in order to offset the so-called moral hazard of always bailing out big financial firms that they had to let one go down.

I do feel it was a tragic mistake, and subsequent events have proven that was the case. Particularly in the case of Lehman, it also represented how badly people had judged the enormity of what was going on.

Remember, only a few weeks before, Lehman had raised $6.5 billion in equity. The idea they could get investors to put in $6.5 billion, then a few weeks later go bankrupt, suggested total miscalculation of their real condition.

We had been invited to participate in that financing, had done some due diligence, and we declined because we didn't feel they were open enough. The big reason was that Lehman was an enormous player in financing of commercial real estate, and we felt they hadn't recognized all the problems they had.