Bob Willumstad: Walked away from $22 million 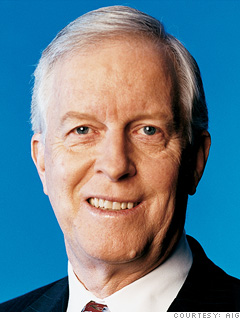 For me, AIG was not necessarily a pleasant or happy experience, but I knew what I was getting into. I thought I was doing the right thing for the shareholders by stepping in and trying to fix the company.

After I was replaced, I was actually unaware that I was entitled to a $22 million severance package. When I was told two days later, my reaction was, "How could I possibly take $22 million for three months' work?" People assumed that I didn't take it because of the public scrutiny, but I refused the bonus before it was known to the public. I didn't think it was right to take it after all that had happened.

I wish I had been able to stay on and help. We had prepared a thoughtful plan to sell assets and de-risk the company. Had the world not come to an end that weekend, so to speak, I think we could have implemented our plan. That week was tragic for employees who had been at AIG their whole lives. They built a great company and now have been financially and emotionally devastated.