Maria Bartiromo: Nobody was infallible 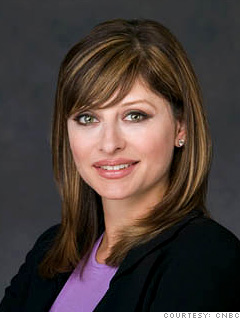 Things were changing so quickly. I remember speaking to a source inside Lehman who said that he was inside Dick Fuld's office and Dick was on the phone with Ken Lewis on Friday and he said, "I look forward to being your partner," to Ken Lewis.

And then by Sunday -- even, actually, by Saturday -- Ken Lewis had agreed to buy Merrill and not Lehman, and Lehman had agreed to file.

Things were moving at an incredibly fast clip. All weekend, I was on the phone with various players within the story. There was a feeling in the air this had never been seen before, and there was a real scare that some of the so-called strongest institutions were going to go down.

The most unbelievable thing was that nobody was infallible. For a moment there, even the kingpins of international finance, Goldman Sachs, was questioning what would be next.