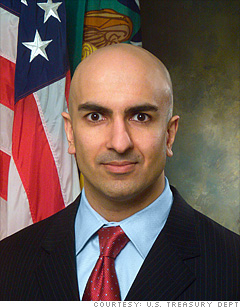 Former Assistant Secretary of the Treasury and supervisor of TARP

We had been firefighting for over a year. We were tired, numb to bad news, but still focused. We had just taken over Fannie Mae and Freddie Mac, and I had flown to Asia to explain our actions to foreign government officials.

I returned Sunday to learn that Lehman was on the verge of bankruptcy. I was surprised the next emergency was already upon us. I thought our actions with Fannie and Freddie would buy us at least a few weeks of calm in the markets. My Treasury and Federal Reserve colleagues had done everything within our authority to prevent a Lehman bankruptcy, but no government agency had the legal means to take risk in the financial system.

We were now forced to live a real-life, terrifying, financial-markets experiment: Would the failure of a major investment bank really lead to the catastrophe that we feared? When blue-chip industrial companies called us later that week, having trouble funding themselves, we learned that our worst fears were coming true. The week was a blur -- almost constant meetings in Hank's office, all of us huddled around his desk, usually with Ben [Bernanke] and Tim [Geithner] and their teams on the other end of the speaker-phone discussing options. We knew we had to go to Congress. This was the second real-life experiment: Was our political system capable of reaching consensus to prevent a catastrophe?

I remember watching the first TARP vote from the gallery over the House floor. When they voted no, I was shocked. Hadn't we clearly explained the consequences of failure? At least history would show that we tried.

We continued to work with Congress, and to their great credit, they passed the TARP on Oct. 3, less than three weeks after Lehman failed. This legislation proved essential to preventing a financial collapse that would have been devastating for American families. I learned that in times of extreme crisis, our country can set aside politics and do what is necessary.

NEXT: Bob Willumstad: Walked away from $22 million