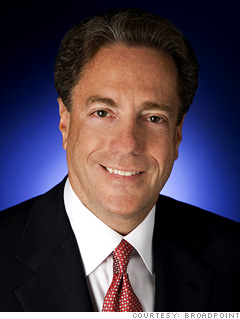 Already in 2008 we were successfully recruiting people leaving Bear Stearns and other ailing banks. But on that fateful weekend, Eric [Gleacher, founder of Gleacher Partners] and I realized this was becoming a once-in-a-lifetime opportunity.

What we were watching was a fundamental realignment of the investment banking industry -- Bear out, Lehman now effectively out, Merrill forced into BofA, UBS having its own set of issues.

The opportunity for us became an enormous one. As a result of that, we decided to combine our businesses.

Earlier in the year, we had both been trying to get a foothold in just the middle market. But we said, Forget that -- let's set an objective to become the next Lehman Brothers. We began to talk really seriously in November and shook hands by the end of the year.

The whole credit crisis fundamentally changed the oligopoly -- the big banks controlled an enormous part of the market. The market that we're going after as a full-service investment bank is $150 billion in revenues. When you have this much dislocation, at least $30 billion, some 20% or more, is now up for grabs.