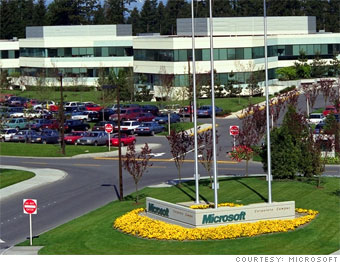 •  Best stocks to retire on: Cisco

The software giant most famous for its Windows operating system is looking to reach past its traditional desktop markets for long-term growth. Microsoft has expanded into the Web-based software market, and its Xbox 360 game console has been a big hit.

Of course, the company continues to play catch-up to Google in online advertising. Microsoft is still considering a partnership with Yahoo, despite its failed takeover attempt. But Microsoft remains a strong company trading at an attractive price. Its earnings are expected to increase by approximately 12% annually over the next few years, and it trades for just 14 times earnings, giving it a PEG of 1.2.

6 real estate bargains
The housing downturn's upside? You don't have to go overseas anymore for your dream retirement home. We found the six best markets for deals. (more)