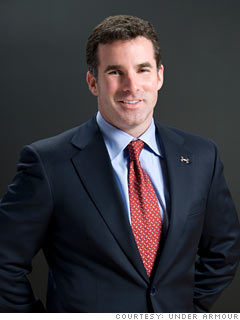 Under Armour had revenues of $725 million last year; its logo has become ubiquitous in gyms and high schools and on the street. Now Plank has his eye on Nike and the $5 billion running-shoe market.

NEXT: Jay-Z and Steve Stoute