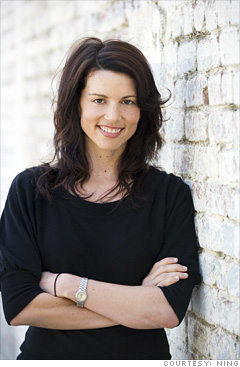 Bianchini: Do your personal best (6/19/09)
CEO, Ning
Age: 37
Marital status: Married
Highest Education: Master's degree
Bianchini worked on tech IPOs in the late '90s as an analyst for Goldman Sachs before joining a client to found a digital consultancy, Harmonic Communications. They sold it to ad agency Dentsu in 2003, but not before Bianchini connected with Harmonic board member Marc Andreessen. The two hatched the idea for Ning, a platform that lets users create and manage their own social networks.

Reading: One Minute to Midnight, a history of the Cuban missile crisis.