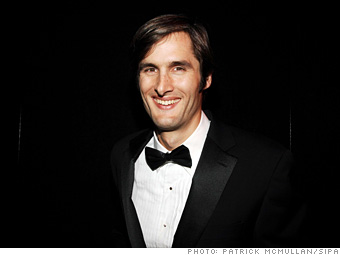 Getting classroom projects funded (8/21/08)
Founder and CEO, DonorsChoose.org
Age: 34
Marital status: Married
Highest Education: Bachelor's degree
Kiva may be bigger, but Best was first: As an underfunded high school social studies teacher in the Bronx in 1999, he cooked up an idea for a website where donors could choose to fund projects posted by teachers.

DonorsChoose.org has since raised $36 million for 2.2 million students and drawn luminaries like Stephen Colbert to its board.

Regrets: Picking the name Donors-Choose: "It works as a literal indication of how our website works, but it doesn't stick in people's brains."

Missed career: Best took the NYPD entrance exam while a senior at Yale but opted for teaching instead. The NYPD was still holding a spot for him until a few years ago.