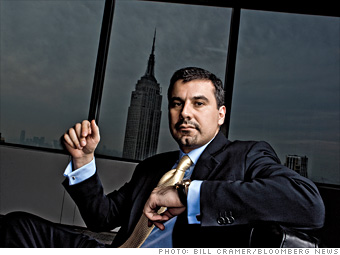 He is said to have a hot temper (former employees have sued over back pay and abusive behavior, claims he denies), but his trading is unusually disciplined in a volatile market.

Mentor: Julian Robertson of Tiger Management. Touradji wanted to work in the oil industry, but the hedge fund icon put him in commodities -- and he was hooked.