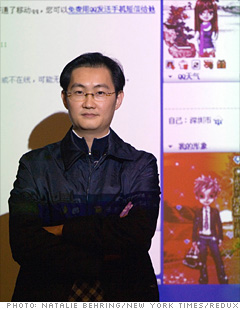 Inspired by early instant-messaging programs, Ma and a childhood friend launched their own service, QQ, in 1999. Once he had a captive audience, he added paid services like gaming and online dating.

Nickname: "Pony" Ma (ma is the Chinese word for "horse").