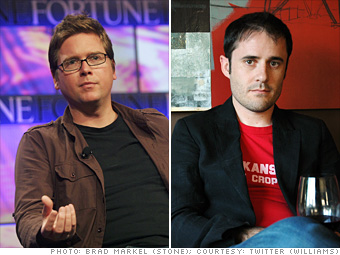 Co-Founders, Twitter
Ages: 35 and 37
Marital status: Both are married
Highest Education: High school (for both)
The microblogging service has amassed 21 million monthly unique U.S. visitors in under four years. It became so critical to the dissemination of news during elections in Iran this year that the U.S. government asked Twitter to postpone a scheduled upgrade.

The only thing missing? A business model. Its founders, Williams and Stone (a third, Jack Dorsey, is still chairman), aren't in a rush. But with a fresh round of capital raised at a $1 billion valuation, their investors might be.