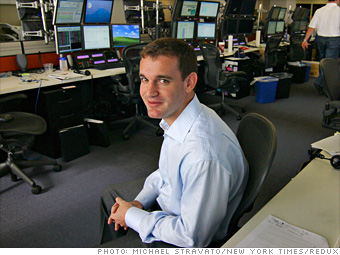 Founder, Centaurus Advisors
Age: 35
Marital status: Married
Highest Education: Bachelor's degree
The baby-faced billionaire started as a numbers whiz on the natural-gas desk at Enron, emerged from that disaster to start his own fund in 2002 at age 28, and last year turned in the third-best hedge fund performance, after John Paulson and James Simons, who is retiring.

Since starting his fund, Arnold has returned at least 80% every year -- including reported gains of over 200% in 2007, when he took the short side of Amaranth's disastrous bet on natural gas.