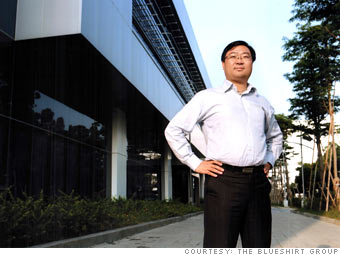 Founder and CEO, LDK Solar
Age: 34
Marital status: Married
Highest Education: Master's degree
Born in Jiangxi province, Peng first founded Suzhou Liouxin Group, a manufacturer and exporter of work gloves, safety glasses, and other products. He wanted to include solar panels but couldn't, since no Chinese company made the wafers that went in them.

With the help of $80 million from venture capitalists, he founded LDK in 2005, took it public in 2007, and last year saw revenues more than triple to $1.6 billion. But this year LDK has faced big losses due to an inventory write-down.

Early sign: Peng was called "Light" in college because of his interest in optics.

NEXT: Alex Rigopulos and Eran Egozy