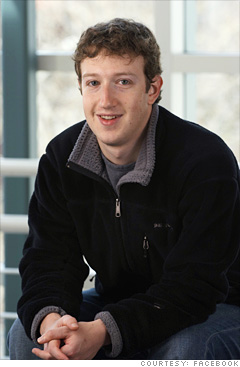 Founder, Facebook
Age: 25
Marital status: In a relationship
Highest Education: High school
The Harvard dropout's social-networking site now has 300 million members and a valuation of $10 billion. Even as other social networks came and went (many with far snazzier design), Zuckerberg held firm to his vision for a virtual network that mirrored our physical relationships. He maintains a majority stake and tight control over the five-person board.

In 2008 he hired Sheryl Sandberg, 40, away from Google to help him make money; this year revenues are expected to double to more than $500 million. (Profit, they hope, is next.)