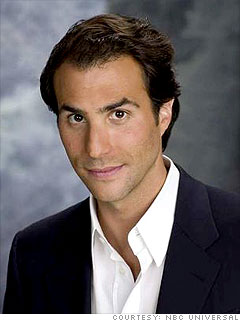 NBC Entertainment, IAC
Age: 39
Marital status: Single
Highest Education: Bachelor's degree
We got some raised eyebrows around the office when we said we were keeping Silverman on our list after he was ousted from a controversial stint as co-chairman of NBC Entertainment and Universal Media Studios.

But he brought us hits like Ugly Betty and The Office, and now he's teaming up with Barry Diller in a new IAC venture that will produce and distribute programs across media platforms. So we made him our caboose.

A "so stoked" Silverman is unfazed: "It's like the dream team is back together."