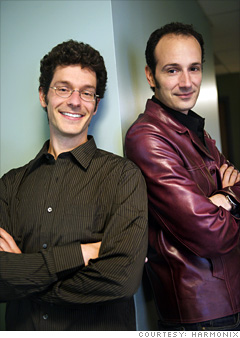 Co-Founders, Harmonix Music Systems
Ages: 39 and 38
The co-founders of Harmonix -- the developer of videogame hits Guitar Hero and Rock Band -- earned big paydays when they sold to Viacom's MTV Networks in 2006 for $175 million, plus a $150 million bonus.